When on Google Earth 58

Well, this is my first time, turning into Spain (although the photo is not from there...). Leave a bit of water as a clue... Good luck!
. 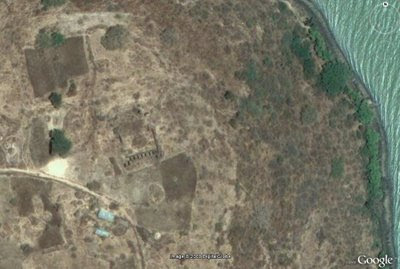 The Rules of When on Google Earth are as follows:

Q: What is When on Google Earth?

A: It’s a game for archaeologists, or anybody else willing to have a go!

A: Simple, you try to identify the site in the picture.

A: The first person to correctly identify the site, including its major period of occupation, wins the game.

Q: What does the winner get?

A: The winner gets bragging rights and the chance to host the next When on Google Earth on his/her own blog!

When on Google Earth has its own Facebook group.

Need a clue? I thought this was going to be faster...
AFRICA, EAST AFRICA... (and with this and a bit of research you got it)

very good! congrats! next is yours

btw... just to promote it... this is one of the 15 sites we are studying in a project about jesuit sites in the region of lake tana, ethiopia... while the web and the first publications are public, can find some photos in Flickr searching for "Azazo Project"

WOGE59 is up at:
http://structuralarchaeology.blogspot.com/2009/06/when-on-google-earth-59.html
Thanks Jaime, that was tough!
Good luck 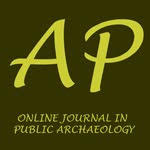